Over the last week it has become clear that the amount of uncertainty regarding the relaxation of lockdown measures on June 21st has heightened significantly. Our event is at the precipice and we cannot be sure we can give you the weekend you deserve. We still have no clarity regarding what Covid measures we will need to have in place at the event, which could be onerous for us and could also compromise your enjoyment of the festival. Therefore, we have decided to postpone the event until 1st and 2nd July 2022.

This has not been an easy decision and we would like to pay tribute to all the people who have worked tirelessly to try to get this event on. However, the safety of our guests and volunteers is our primary concern. We would like to thank volunteers, sponsors and other stakeholders for their continued support. We sincerely apologise for any inconvenience and disappointment.

However, the show will happen next year and the organisers are absolutely determined to give you an unforgettable weekend. We recently announced The Hunna as our Friday headliner and we are delighted that they have agreed to return on 1st July 2022. We will be working with the rest of the line up and will announce the Saturday Headliner as soon as we can.

Thank you for your continued support, patience and understanding. If you wish to get in touch, please email admin@bardfest.com

Stay tuned for our full line up! 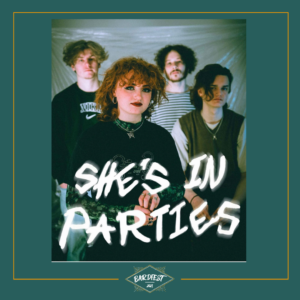 She’s in Parties are a hazy and ethereal quintet whose own idiosyncratic amalgamation of shoegaze and dream-pop belies their relatively young years.

Taking their cues from the likes of Slowdive, Cocteau Twins and The Cure, the band harbour a sense of nostalgia certainly, but they avoid feeling derivative.

Instead, they succeed in marrying the classic and the contemporary, resulting in an aesthetic that’s both haunting, and effortlessly cool!

Celebrating a decade together in 2019, half a million YouTube Views, & over 500k Streams, Underline The Sky are here to make your pop-rock dreams come true! Time to dance. 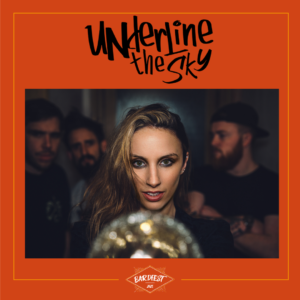 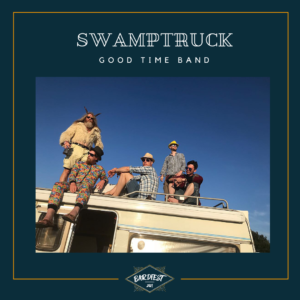 Formed in 2009 and hailing from the fenlands of Cambridge UK, The Swamptruck Goodtime Band’s original and unique take on Americana music has gained them a dedicated following of fellow “Truckers” and an enviable reputation on the UK festival circuit.

Swamptruck’s headlining slot at the Cambridge Folk Festival won them new fans of their authentic roots music, and performances at
Bestival, The Big Day Out, Cambridge Rock Festival & Camp Bestival cemented their position as a formidable live act – genuine no-nonsense performances & good time tunes that will get your toes
tapping, the hoedowns happening and the dance floors pulsating!

CHEAP RENT SOUNDS LIKE A DREAM COME TRUE.THE BAND FUSE A COMBINATION OF INDIE-POP,ROCK AND ADHD INTO A MODERN SOUND FIT FOR THE MASSES,TAKING INSPIRATION FROM THE LIKES OF 5SOS, CIRCA WAVES, THE 1975 & THE WOMBATS.

NO STRANGERS TO SUCCESS, THE BAND HAVERECEIVED PRAISE FROM TMZ, NY TIMES AND MAIL UK AFTER A LIVE VIDEO OF SINGER JASON ALLAN WENT VIRAL. THEY HAVE PREVIOUSLY WOWED AUDIENCES ACROSS THE UK, EUROPE AND USA AND HAVE BEEN PLAYED ON BBC RADIO 1, 6 MUSIC AND MANY MORE.

THEIR MUSIC SHOWCASES A DESIRE TO CUT THROUGH THE NOISE, WITH CAREFULLY CRAFTED SONGS AND RAW, NO-BULLSH*T LYRICS, CHEAP RENT ARE LOOKING TO TAKE A GIANT LEAP UP THE LADDER. 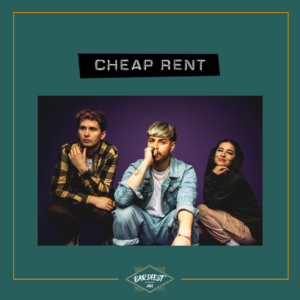 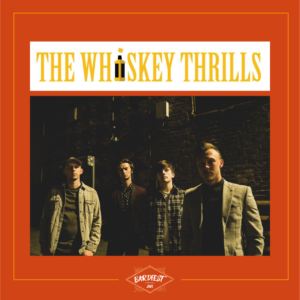 The Whiskey Thrills are a rock / country band from Liverpool. Being from a city known for its musical heritage, they are no strangers to the stage, having performed at venues large and small with other bands and as solo acts.

In 2019, frontman James got together with good friends from the local music scene and began writing some new material, including the well received country rock single ‘Begged’, featured on BBC Radio Merseyside soon after release.

The band is constantly working on new music, evolving their sound and finding new ways to express themselves. Having released ‘Different Time’ in early 2020, the band were quick to begin crafting new material. With the most recent single ‘Dragons’, the band came back strong with a track that has something for everyone, yet stays true to their musical roots.

With a wide range of influences, such as Queen, Elton John, John Mayer and Black Stone Cherry to name just a few, their contemporary country rock dynamic is a sound to look out for.

THE NOVUS are Connor Hill (vocals), Thomas Rhodes (guitar), Tyla Challenger (bass) and Euan Woodman (drums); four boys born in Stourbridge in the year 2000 (three of them on the same hospital ward). Having grown up making music together in their high school music department before following each other to college, the boys made the collective decision to move in together in their musical home of Birmingham during the UK lockdown.

One of few bands to complete a socially distanced UK tour in October 2020, The Novus may have had their momentum disrupted by the COVID pandemic; but in no way allowed it to prevent them from career-defining achievements. From their debut vinyl release in partnership with Flying Vinyl to playing a sold out show in Paris, the band soared through the year in flying form.

Having been described as “the most powerful thing to come out of Birmingham since the industrial steam-engine”, The Novus have amassed support from the likes of BBC Radio 1, BBC 6Music, Radio X, Gigwise and countless new music tastemakers; and become renowned for their raucous, sell-out DIY shows often in unusual and secret locations. 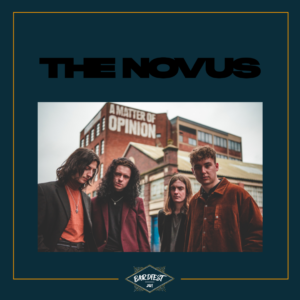 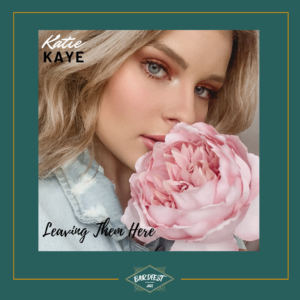 Katie Kaye is a singer- songwriter from Sheffield, UK. Katie started performing and writing her own songs in a high- school band, which then gave her the confidence to strive to be an artist in her own right.

She grew up in a family of singers and musicians and has always been creatively and musically driven. Her main influence, miles away from the rest of the musicians in her family, is the country genre, as well as drawing on the modern works of country-pop.

Katie has always been heavily influenced by the country genre and her love for this is reflected in both her style of song-writing and vocals. Katie has worked closely with the famous Steelworks Studios for the past three years, songwriting and recording with producer Tom Barker.

Katie is excited to be releasing her original music this year.

She has a 4 piece band and so far in her musical journey she has performed at Latitude music festival, Sundown music festival, Cambridge junction and won Bury sound in 2019 and more she has also released her debut EP in 2020 ‘HEADACHE’ and one of the tracks from the EP has been played on BBC 6 Music. 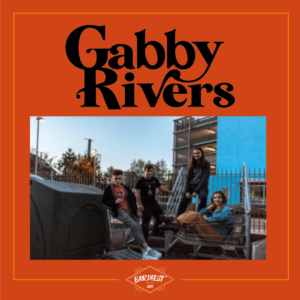 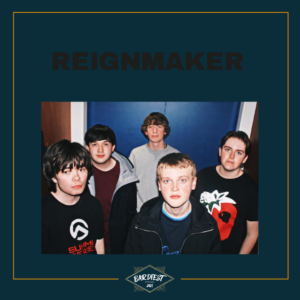 Forming in 2018, Liverpool band REIGNMAKER consists of members Jude Williams, James Nickson, Linus Bell, Harry Fox and Jobe Owens. They have been making a name for themselves playing gigs throughout the city and building a following of their own. With their first single on the horizon, they have been working hard on creating their own sound and a diverse set list of songs. REIGNMAKER believe in everything they set out to achieve and are sure to make an impact on the Scene this year.

Kevin Pearce is a Songwriter from Essex. He has received plaudits for his work from The Independent, The Guardian and Mojo magazine as well as receiving BBC Radio 2 and BBC 6 Music support. His music has been used on HBO programmes in the USA as well as BBC TV shows here in the UK.

Kevin has toured with the likes of Turin Brakes, Beth Orton, Roddy Frame (Aztec Camera) and Echo And The Bunnymen.

When he grows up he would like to be an Astronaut.

Pearce’s sonic approach, where different textures and techniques are combined to give his sound its uniqueness and power are topped off with a keening, really quite incredible and timeless voice. 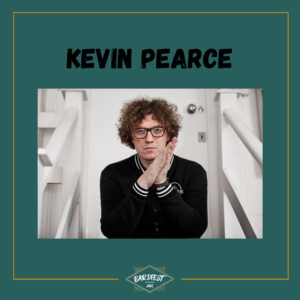